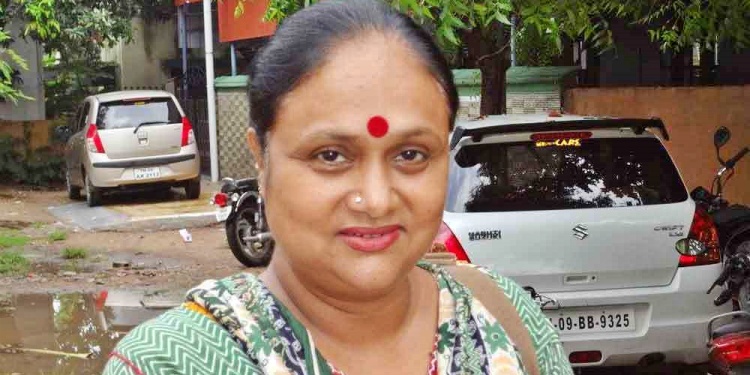 Anuradha was from Tamilnadu. Her birth name is Sulochana. Krishna Kumar is her father and Saroja is her mother. Her father was a choreographer and her mother was a hairdresser for film actresses. Her father was from a Marathi family and her mother was from an Andhra family. She was married to Satish Kumar. His profession was dance director. They were blessed with two children. Kalicharan and Abhinayashree are her children. Abhinayashree is also an actor by career. Her husband met with an accident on 7-11-1996. Because of that accident, 6 veins in his brain got damaged. Later he died because of a heart attack in 2007. In her early age of the team she was introduced to the film industry by the director K.G. George. Anuradha name was given by K.G. George.

In starting shivers playing roles as heroine. Later she was playing a role only in item numbers. She has done over 700 films. She learnt martial arts. She has done action roles without any dupe. She can also drive motorcycles, Java and Enfield. She worked in Kannada, Telugu, Hindi, Malayalam, Oriya and Tamil language films. She was very tall. In 1981, She worked in Mohana Punnagai film. This film was written and directed by Sridhar. R.P. Sarathy is the producer of this film. She was playing a lead role in this film with Sivaji Ganesan, Jayabharathi, Geetha, Padma Priya and Anandi. Music was given by M.S. Viswanathan. In 1979, she worked in Kaumarapraayam film. For this film direction was done by K.S. Gopalakrishnan. For this film screenplay and the story was written by Cheri Vishwanath. Music was given by Shyam. She was performing in a lead role with Krishnachandran, Sukumari and Adoor Bhasi. In Oriya she worked in Chakadola Karuchi Leela in 1990.