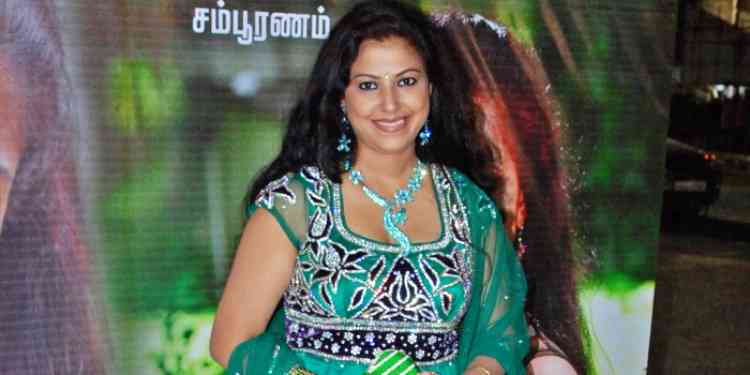 Her co-stars in this film are Sainudeen, Jagadish and Jayaram. In the same year she worked in Mahayagnam, Navatare, Iddaru pellala muddula police, Agreement, Golmaal Govindam and welcome to Kodaikanal are some more movies. In the same year she entered into Tamil industry with the Thangarasu film. K. Alexander is a director of this film. Manorama, Murali and M.N. Nambiar along with her were the leading stars in this film. Music was given by Deva. In 1993, she worked in Nagajyothi and Kulapathi films. In Kulapathi film she performed in a leading role, along with her Saikumar and Vijayakumar are working. She also worked in Dollar, Boxer, Vishnu, Thozhar Pandian, Kuruthipunal, Chinna Mani and Drohi. In 1999, She worked in Suryodayam film. L.B. Aadhavan is the director of this film. Kiran is a producer of the film.

The story was written by the famous L.V. Prasad. Music was given by Gnani. Vijayashanthi, Vijayakumar, Rahman, Nizhalgal Ravi, Hariraj, Viswajith, Charlie and Kumaresan are her co-stars in this film. She was a famous lead star at her time.