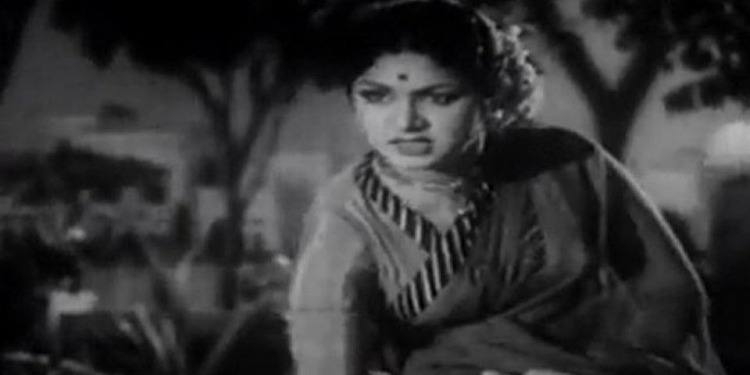 B.S. Saroja was born on 18-11-1929. She was from Thiruvananthapuram. Johnson was her father and Rajalakshmi is her mother. Her father was also an actor. Father worked in Vigathakumaran film, which was the first Malayalam film. She is an actress in Tamil and Malayalam films in India. T.R. Ramanna is her husband. They were married in 1949. He was a sound engineer in Tamil films. Later on he was a director in Tamil films. They together started three film production companies. R.R.Pictures Ganesh Pictures and Vinayaga Pictures, these are the production companies they have started. They were blessed with three children. Ganesh is her son, Kalarani is her first daughter and Shanti is her second daughter. T.R. Rajakumari is her sister-in-law. She is also an actress. Her debut film was in Tamil language in 1941, which is Mandanakamarajan film. In this film she worked as a dancer. Kannagi, Mangamma Sabatham, Kubera Kuchala, Mahamaya, Burma Rani and Raja Rajeswari in all these films she performed only as a dancer. Vikatayogi, Dhana Amaravathi, Vichithra Vanitha, Geetha Gandhi, Inbavalli,  Naattiya Rani, Deva Manohari and Parijatham are some of her films she worked in. In 1951, Jeevitha Nouka film she performed in a leading role. This is a Malayalam film. K.Vembu is the director of this film. Kunchako and K.V. Koshi are the joint producers of this film. In the Malayalam industry this film was a super hit.

This film was in theatres for about 284 days. 5 lakhs was the budget of the film. This film was also shot in Telugu and Tamil languages. Later this film was dubbed in Hindi language and released in Bollywood. For this film music was given by V. Dakshinamurthy. Her co-star in this movie is T. Sukumaran Nair. The famous background singer Mehboob’s. His first film in which he performed. She also worked with famous actors like Ramachandran, P.A. Periyanayaki, Vasundhara Devi, T.S. Balaiah, T.R. Mahalingam, A. Nageswara Rao, Prem Nazir, Sathyan, Thyagaraja Bhagavathar, M.N. Nambiar, Sivaji Ganesan, S.A. Natarajan. She was also known for her dance. She was a very famous actress in those days. Saroja and her husband later settled in Chennai.