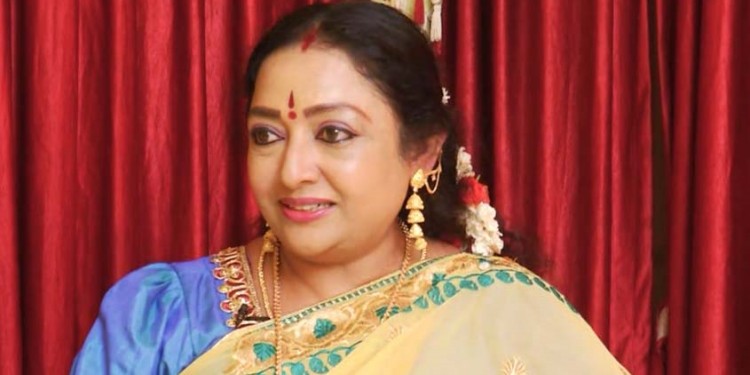 Bhagyalakshmi was born on 16-8-1972. She was from a Brahmin family. Shivaram Iyyer is her father and Rajamani ammal is her mother. Father is from Palakkad. Her mother is from Karaikudi. She has a small brother. Rohit Kumar is her brother and he is an Engineer. She completed her schooling in Sacred Heart Matriculation school. She was busy in her movies, she could not continue her education after 10th standard. From Dhananjayans she has learnt classical dance. She was married to Vasudevan, who is a film producer. He has a business in garments. On 14-4-2001,  they got married. He was a Malayali from the state of Gujarat. After her marriage she stopped working in films. They were blessed with a son called Vishwajith.

Now Bhagyalakshmi lives in Chennai. She is an actress in Indian Film Industry and also a television actress in Tamil language. She was a famous heroine in her time. She worked in Telugu Malayalam Kannada and Tamil films. She has done above 150 films. Deviyin Thiruvilayadal is her debut film, in 1982. Her first film in Malayalam language is Asthram film in 1983. This film was directed by P.N. Menon. Music was given by Shyam. Leading stars in this film are Bharath Gopi, Mammootty, Jyothi, Nedumidi Venu and Mohanlal. Some of the films she performed in are Paavam Poornima, Ponnu, Cabaret Dancer, Chain Jayapal, Ore Ratham, Sakthi Parasakthi, Chinna Kannamma, Thaya Tharama, Vande Matram, Nyayam Kosam, Repati Koduku, Ashoka Chakravarthy, Brundavanam (1993), Rudra Thandava.

Bhagyalakshmi also worked in television serials in Tamil language. In all those serials she performed in supporting roles. Kalyana Parisu, Azhagu and Apoorva Raagangal serials are telecasted in Sun tv. Kairasi Kudumbam serial was telecasted in Jaya tv. Neelakuyil serial was telecasted in Star Vijay.  She acted with famous actors like Mammootty, Mohanlal, Sukumari, Menaka, Shankar, Madhuri, Capitan Raju, Mohan Babu, T.G. Ravi, Aruna, Radhika, Raghavan, Rajendra Prasad, Ramya Krishna, Jagapathi Babu, Radha, Nagavally, A. Nageshwar Rao. She was a versatile actor. She performed in any role which was given by the directors.