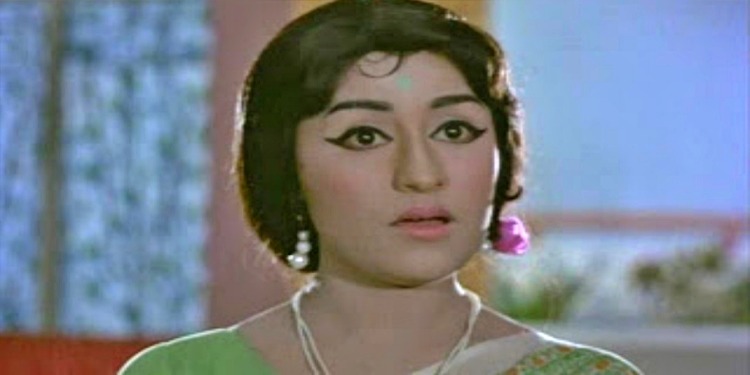 Chandrakala was born in 1951. M.S. Nayakan is her father. She has a daughter Reshma Ghatala. Kapil Dev is her brother-in-law. She is an actress in Kannada, Telugu, Malayalam, Hindi and Tamil movies. She is also a producer. She entered into films in Kannada language in 1963.

Chadrakala worked with the actors like Dr.Rajkumar, Rajesh, Kalyan Kumar and Uday Kumar. Sri Ramanjaneya Yuddha film, she performed as a dancer. Jeevana Tharanga, Navakoti Narayana, Jenu Goodu, Subba Shastry, Onde Balliya Hoogalu, Parvathi  Kalyana, Bedi  Bandavalu, Ananda Kanda, Rowdy Ranganna, Punya Purusha, Margadarshi, Punarjanma, Chaduranga and Manashanthi are some of her films in Kannada language. In 1974, she performed in the Maga Mommaga film. The Direction and screenplay of this film was done by Y.R. Swamy. R. Panduranga Naidu and D.R. Raghavendra Naidu, the producers of this film. The story of this film was written by the famous Dasari Narayana Rao. Music was given by M. Ranga Rao. The lead stars in this film are Dwarakish, Vajramuni, K.S. Ashwath and Balakrishna. In 1971, her debut film in Tamil industry was Praptham. This film was produced and directed by the famous actress Savitri. The story of the film was given by Mullapudi Venkata Ramana and Acharya Atreya. Music was given by M.S. Viswanathan. Her co-stars in this film are Shivaji Ganesan, S.V. Ranga Rao, Sreekanth, Savitri, M.N. Nambiar and Nagesh.

Chandrakala was very well known for her role in the film Alaigal in 1973. This was a Tamil film. C.V. Sridhar is the director, producer and has written the story of this film. Music was given by M.S. Viswanathan. Her co-stars in this film are Vishnuvardhan, Manorama and Cho. She also worked in Kaalangalil Aval Vasantham film, which gave her fame in her career. In 1973, she performed in the film Ulagam Sutrum Valiban. The director of the film was M.G. Ramachandran. This film was produced by M.G. Ramachandran and R.M. Veerappan. This film was written by the famous Sornam. The story was given by R.M. Veerappan, S.K.T. Sami and V. Lakshmanan. This film also gave her fame in her career. Moondru Deivangal, this film also gave her fame.