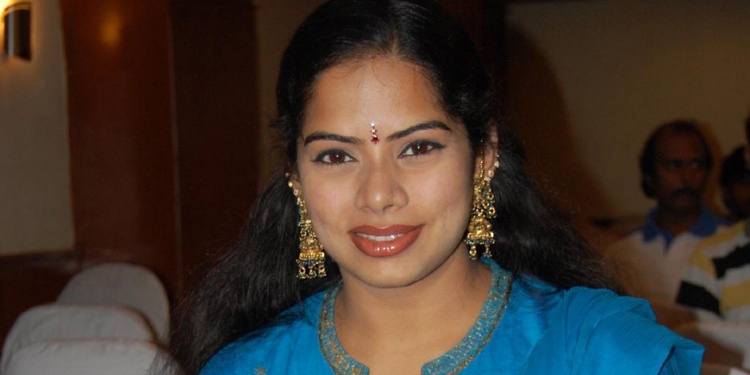 She is a television and Tamil film actress. She was also popular as a dubbing artist. In Hello FM Chennai, she was a radio disc Jockey. She worked in about 70 serials which are telecasted in television and she was a lead star in those serials. She was also a lead actress in some Tamil films. From the Tamilnadu Government, she has received a prestigious Kalaimamani award. In 1994, She worked in Paasamalargal film in Tamil language. The director, producer and the story is written by Suresh Chandra Menon for this film. Dialogues are written by K.S. Adhiyaman. She performed in a second lead role in this film. Arvind Swamy and Revathi are the leading stars in this film. Music for this film was given by V.S. Narasimhan. In 1997, she performed in Ullasam movie.This film was directed, screenplay and story is written by Jerry and J.D. This film was produced by the famous actor Amitabh Bachchan.The lead stars in this film are Vikram, Maheshwari, Ajith Kumar, Raghuvaran and S.P. Balasubrahmanyam. In this film she performed in a supporting role.Music for this film is given by Karthik Raja. Dhinamdhorum in 1998, Paarthale Paravasam in 2001, Dhill in 2001, Ullam Kollai Poguthae in 2001, Baba in 2002, Ramchandra in 2003, Malaikottai in 2007, Jayamkondaan in 2008, Saroja in 2008, Kanden Kadhalai in 2009, Vaadaa in 2010 these are some films in which she worked in supporting roles.