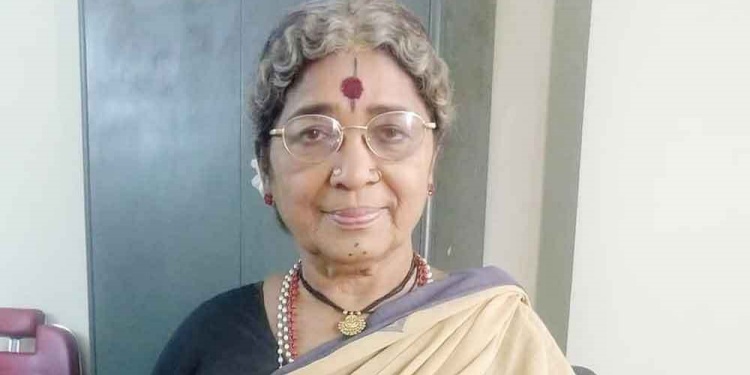 Dubbing Janaki is an actress in television shows and also in Indian films. She was born on 28-8-1949. She was from Peddapuram village, which is in East Godavari district of Andhra Pradesh state. She was also a dubbing artist. At 9 years of age she started doing stage shows as an actor. She has completed her 7th standard. At 15 years of age she was married to a military employee. Then she shifted to Chennai. They were blessed with two sons and one daughter. In 1997, her husband was deceased. Now she is living in Chennai along with family. In 1958, she started working in films.

Her debut movie was Bhookailas. This film was directed by the famous K. Shankar, also he has done Screenplay of this film. The producer of this film is A.V. Meiyappan. The story of the film was written by the famous Samudrala Sr. The lead stars of this film are N.T. Rama Rao coma Jamuna and A.N.R. for this film music was given by R. Govardhanan and R. Sudarshanam. In a Telugu film titled as Gandhi, she gave dubbing for the role Kasturba. In 1980, she worked in the film Sankarabharanam. In this film she worked in an important role.

Dubbing Janaki worked as a maid in the film. This film was directed and written by the famous K. Viswanath. This film was produced by Akasam Sriramulu and E. Nageswara Rao. Music was given by the famous K.V. Mahadevan. The lead stars in this film are Manju Bhargavi, J.V. Somayajulu and Chandra Mohan. She was famous for Sagara Sangamam in 1983 and in Swathi Kiranam movies, in which she performed in mother roles. Sagara Sangamam film was directed, screenplay and story was done by K. Viswanath. Producer of this film is E. Nageswara Rao. The leading stars in this film are jayaprada and Kamal Hassan. Music was given by the famous Ilayaraja. She also worked in Kannada, Tamil and Telugu films. She also worked in some television serials like Athipookal, Chinna Kodalu, Sasirekha Parinayam, Atho Attamma Kuthuro, Chandralekha, Shikharam, Pasamalar, Roja, Pournami, Sendhoorapoove and Suryakantham.