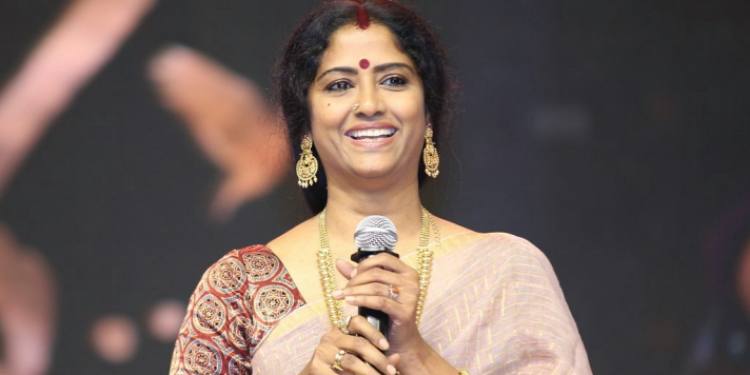 She is an Indian film actress and also worked in some Television serials. She worked in Malayalam Tamil Kannada and Telugu films. She is from Peddapuram village, which is in East Godavari district of Andhra Pradesh. L. Raja is her husband. He is a director in Telugu and Tamil languages. They were blessed with one child, Venba. L Raja. She was also known as Vijayashree in Kannada films.

Her debut film was Intinta Deepavali in 1990. This film was made in Telugu language. In this film she was playing a lead role along with Chandramohan, Suresh, Prabhakar Reddy and Vijaya Lalitha. For this film screenplay and direction was done by Lakshmi Deepak. The production was done by M. Ganga. She was also known as Vyjayanthi in Telugu industry. After this film she has done some more films like Kavithai Paadum Alaigal, Kalikalam, Jagannatakam, Ootty Pattanam, Vedan, Naalaiya Theerpu and Meghamale. In 1996, she performed in the Rambantu film. In a leading role along with Rajendra Prasad. She was very famous after this film. This film was directed by the famous Bapu. The producers of this film are Rajendra Prasad, G. Gnaram Harish and M. Chitti Babu. The dialogues,  story and screenplay of this film was written by the famous Mullapudi Venkata Ramana. The music was given by the famous M.M. Keeravani. In 1997, she performed in the Raman Abdullah film. Balu Mahendra is the director and has written the story of this film. Music was given by the famous Ilaiyaraaja.