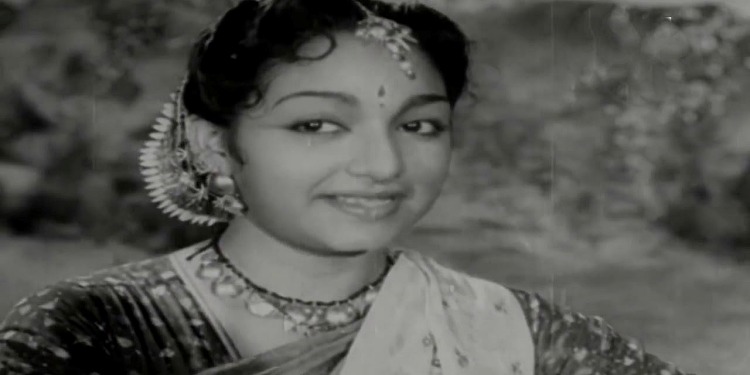 On 3-3-1938, Girija was born. She was a famous comedian and Indian actress in 1950 to 1960. She was from Kankipadu, which is in Andhra Pradesh state. She was married to C. Sanyasi Raju. They were blessed with a girl child. Saleema was her daughter. Her daughter is also an actress in Malayalam films. Her husband started a production company with a title of Vijaya Giri Dhwaja, which was named after her. In 1950, she worked in her debut film Paramanandayya Shishyula Katha. Kasturi Shivram is the director of this film. In 1951, she worked in a very famous film Patala Bhairavi. In this film she performed in the title role ‘Patala Bhairavi’. This film was directed by Kadiri Venkata Reddy. Aluri Chakrapani and B. Nagi Reddy, these are the producers for this film. Pingali Nagendrarao has written the story of this film. Music was given by the famous Ghantasala for this film. Marcus Bartley is a cinematographer of this film. N.T. Rama Rao, K. Malathi and S.V. Ranga Rao, these were playing a lead role in this film. This film was very famous in Tollywood history. After her performance in this film she was recognised as a very famous star in the Telugu industry. She performed along with Relangi in many comic roles and they were a very popular pair as comedians.

Girija also worked in some Tamil movies like manohara in 1951 as princess Vijaya in the film, Kalyanam Seydhukko film in 1955, Iru Sagodharigal film in 1957 as a Lalitha in the film, etc. In 1952, she worked in Dharma Devatha film, which was released in both Tamil and also in Telugu language. P. Pullaiah is the director and producer of this film. The story of this film was written by Kadiri Venkata Reddy. The dialogues for this film was written by Aluri Chakrapani and T.N. Ramaiah Dass. Santha Kumari, Mudigonda Lingamurthy, Kaushik, Mukkamala, Baby Sachu, Relangi Venkata Ramaiah and Girija the stars in this film. Music was given by C.R. Subburaman for this film. She also worked in many movies like Bhale Ramudu, Dongallo Dora, Bhale Ammayilu, M.L.A, Veera Kankanam, Velugu Needalu, etc.