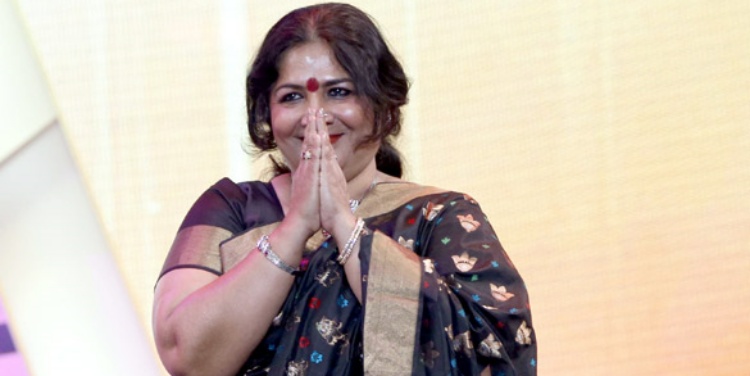 Her birth name is Lakshmi Bharathi. Shivasankaran Pillai is her father and Sarada is her mother. Jayan is her first cousin, who is a Malayalam actor. She is from Erode, which is in Madras state. In 1973, she was married to Hari Pothen. Later they were divorced in 1974. Later She was married to an actor in 1979. They were blessed with a son. Krish J. Sathaar is her son. He was born in 1984. In 1987, they were divorced. At the age of 13 she started her acting career. She worked in about 350 films in her career.

In 1969, she worked as a lead actress in the Kattukurangu film, which was in Malayalam language. P. Bhaskaran is the director of this film. K. Ravindran Nair is the producer of this film. The screenplay and the story was written by K. Surendran for this film. Along with her Sathyan and Sharada are the lead stars in this film. Music for this film was given by G. Devarajan. Prem Nazir, Vincent, Madhu, Jayan, Kamal Hassan, Rajinikanth and M.G. Soman along with all these famous actors she worked in lead roles. In combination of the M.G. Soman and Jayabharathi films were very famous in 1970 and 1980.

In 1991, Marupakkam film she was awarded with a special jury award in National Film awards. K.S. Sethumadhavan is a director and also done the screenplay for this film. Jayabharathi, Radha and Sivakumar are the lead stars in this film. Music for this film was given by L. Vaidyanathan. In 1972 and 1973, she was awarded the Best Actress award from Kerala state film awards for various films and also for Madhavikutty film. She is also a trained dancer.  Kalamandalam Natarajan, Vazhuvoor Samraj Pillai and Rajaram under them she was trained as a dancer.

She opened a dance academy with the title Aswathi Arts Academy. She runs this academy from home. In Coimbatore she is going to establish another academy. In nine temples she performed her dance shows and around Kerala she performed many shows in 2003. She was a very famous actress. She also worked in Surya TV and DD podhigai.