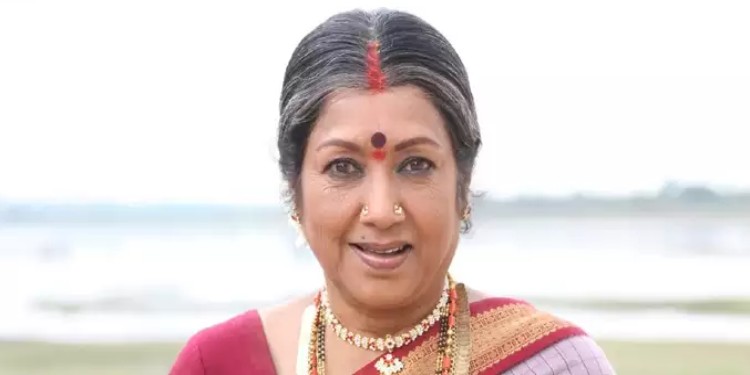 Jayanthi was born on 6-1-1945. Her birth name was Kamala Kumari. She was from Bellary. She is an actress, playback singer and producer. Balasubramaniyan is her father and Santhanalakshmi is her mother. Her father worked as an English professor in Saint Joseph’s College, which is in Bangalore. The couple was blessed with three children. Jayanti was older.  She has two younger brothers. Her mother and father were divorced when she was small. They moved to Madras with her mother. Her mother wants her to learn classical dance. So, she joined her in dance school. Tamil Actress Manorama was her friend at the dance school.

She was married to Peketi Sivaram. They were blessed with a son, Krishna Kumar. Her husband was an actor and also a director in the South Indian film industry. She worked in more than 500 movies including all the languages. She worked in Marathi, Kannada, Tamil, Telugu, Malayalam and Hindi languages. She has been given the honour of abhinaya sharade from the Kannada movie industry. She was awarded the 7 best actress awards from Karnataka state. She was given two best-supporting actress awards. She also got four times best actress awards. She was also given the president’s medal for her best acting in films.

In 1963, she worked in Jenu Goodu film which was her debut film in the Kannada language. This film was directed by Y. R. Swamy. T. Vasanna and S. Heera are the producers of this film. K.S. Ashwath, Rajashankar, Uday Kumar and Pandari Bai were the lead stars in this film. Chandrakala and Jayanthi both are acting in their first film. Music for this film was given by Vijaya Krishnamurthy. After this film, she was very famous. In 1964, she worked in Chandavalliya Thota film. Jayanthi, Rajkumar, Jayashree and Udaya Kumar were the lead stars in this film. The film was directed by the famous T.V. Singh Thakur. Tarzan company is the production banner of this film. The music was given by T.G. Lingappa for this film. She also worked with famous actors in her time. She has given voice over for an animated short film which was created by TeachAIDS for the awareness of HIV or AIDS.