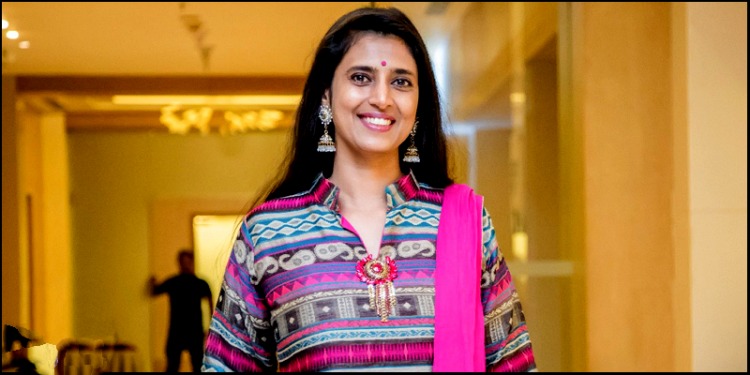 Kasthuri was born on 1-05-1976. She is from Chennai which is in Tamilnadu. Shankar and Sumathi are her parents. Her father was an engineer from Indian Institute of Technology (IIT), her mother’s profession is an advocate. Kasthuri lived in Tucson which is in the U.S after post-marriage. She was blessed with a son and a daughter.

Kasthuri schooling was done in R.S.Krishnan high school and her college in Ethiraj women’s College. Modelling attracted her and participated in the female Miss Madras contest as a beauty pageant in 1992, she won the contest. She got offers in movies and started her first film, which was directed by Kasthuri Raja in 1991.

Kasthuri first movie name is Aatha Un Koyilile. She also worked in small commercial Tamil movies. In one of those pictures Rasathi Varum Naal is a horror movie and also Government mappillai. Along with these films she was performing in a lead role from a movie called Chinnavar, which was directed by Gangai Amaran. Including the Senthamizh pattu film which was directed by P.Vasu in the year 1992. In the same year, she started working in Telugu picture and Malayalam picture in a leading role. In both languages those films were her first films. She gained a chance of working with Rajinikanth, because of her fame in early movies. This movie was directed by P.Vasu and the film title was Uzhaippali. Later she was rejected from the movie. A documentary film was made on her for about 30 minutes duration, which was done by Richard and N.C.Raja Mani.

Kasthuri was working in four languages and she was successful in those films. Her popularity gained a film with a title merupu in Telugu industry in the year 1996. In that film her co-stars were Vikram and Anand. This film was remade in Tamil industry with a title Miss Madras, which gave a huge success to her. She also worked some films in guest roles and in some single songs also. She also worked in Television industry as a host in quiz shows. In her childhood she used to participate in quiz competitions. She was one of the contestants in Mastermind India which was held in 2000, which was conducted by BBC.