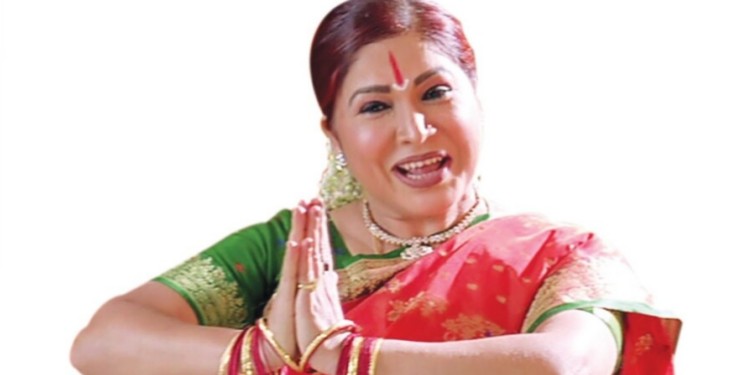 Kovai Sarala was born on 7-4-1962. She is from Coimbatore, which is in Tamilnadu State. After seeing MGR’s movie, she got interested in acting. After completing her studies she came into the film industry with the help of her father and sister. In 9th standard she got an offer in the movie Velli Ratham. In her 10th class she got another offer in the Mundhanai Mudichu movie. In this movie she played the role of a 32 year old pregnant lady. This film was her second film. In Telugu and Tamil languages she worked in above 250 films. Sathi Leelavathi, Varavu ettana selavu pathana, Viralukketha Veekkam, Viswanathan Ramamoorthy and Karagattakaran are her favourite movies. In some television serials and also in some television shows she worked. Asathapovathu Yaaru show, she was a regular guest. In Paasa Paravaigal reality show, she performed as a host.

In 2013, she worked as a judge for Tamil comedy show which was telecasted in Vijay TV. She is also working in a Tamil comedy show as a regular judge, which was telecasted in Zee Tamil tv. She is known for her comic roles in the films she worked. She is a comedian, television presenter, actress and also a politician. She has been awarded as the Best comedian from Tamilnadu State three times, for the films Sathi Leelavathi in 1995, Poovellam Un Vasam in 2001 and Uliyin Osai in 2008. She was also awarded by the prestigious Nandi Award as the Best Female Comedian. For the film Muni 2, she was awarded best comedian buy Vijay Awards. She has joined Makkal Needhi Maism political party which is published by Kamal Hassan.

Kovai Sarala is not married. She worked in many shows like Kutty chutties which was telecasted in the Sun TV, Sundari Sundari,Sabhash Meera, etc. In 1992, she worked in Pellam chepithe vinali film. This film was in Telugu language. In this film she also worked opposite the famous Brahmanandam. She also worked in Nuvve Kavali, Mrugaraju, Hanuman junction, Simharashi, Malli Malli chudali, Hanuman junction, Oh Chinadana, Ela cheppanu Evadi Gola Vaadidi and also in more films.