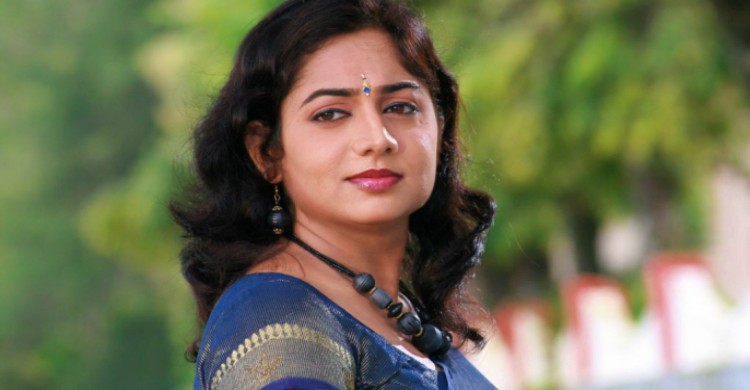 Lakshmi Sharma is an actress from India. She started her acting career from Telugu industry, but she was not famous. So she tried her luck in Malayalam films. Lahari is her other name. She also worked in some kannada and Tamil films. She is from Vijayawada, which is in Andhra Pradesh state. She is from a Brahmin family. Her father’s mother tongue was Telugu and her mother’s was Kannada. In the postal department her father used to work and her mother used to work in APSRTC. They were settled in Hyderabad city, after her parents retired.

In 2000, she worked in Ammo Okato Tareeku film which was her debut in Telugu language films. In this film she worked in a supporting role. E. V. V. Satyanarayana is the director of this film. K. Chandrashekar and Jitu are the producers of this film. L. B. Sriram, Raasi, Suresh and Srikanth are the lead stars in this film. Vandemataram Srinivas has given the music for this film. A. A. Arts is the production company of this film.

Lakshmi sharma  also worked in some films like College in 2000, Youth in 2001, Maa Ayana Sundarayya in 2001, Manamiddaram in 2002,  Vachina Vaadu Suryudu in 2002, Sorry Naaku Pellaindi in 2004, No in 2004, etc. In 2002, she worked in the famous Indra movie in Telugu language. In this film she performed as Nandini, who is the niece of Chiranjeevi. B. Gopal is a director of this film. C. Ashwini Dutt is a producer of this film. Paruchuri brothers and Chinni Krishna have written this film. Chiranjeevi, Sonali Bendre and Aarthi Agarwal are the lead stars in this film. Music for this film was given by Mani Sharma. Cinematography for this film was done by V. S. R. Swamy.