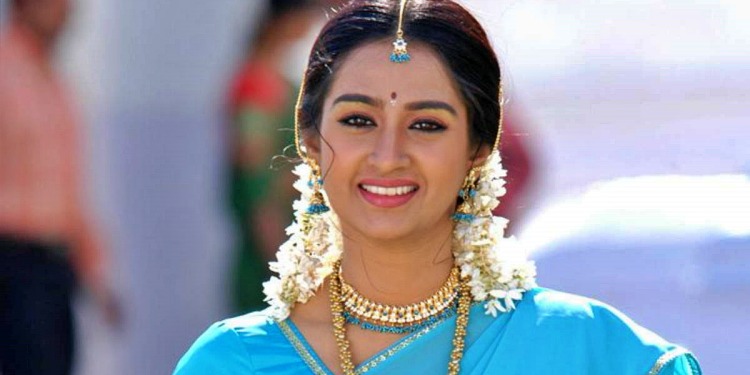 Laya Gorty is a film actress in Tollywood. She was born on 21/10/1981 at Vijayawada, Andhrapradesh. She is from a Brahmin family. She studied in Nirmala High school which is in Vijayawada. In same school her mother worked as a music teacher, her father is a famous Nephrologist Dr.Gopala Krishna. She is a Chess champion from state for 7 times and National level champion in 2nd place. She is also a Kuchipudi dancer. After moving to Hyderabad she participated in fifty shows or above. She also done her degree in Computer applications.

On 14th June,2006 she got married to Dr. Ganesh Gorty and they live in Los Angeles which is in California. She is blessed with two children, Sloka Gorty, her daughter and Vachan Gorty. She started her career as an actress from her childhood, her first film as a child actress was Bhadram Koduko, 1992. In 1999, she worked as an actress in the film called Swayamvaram along with popular actor Venu. She also worked in Tamil, Kannada and Malayalam films.

In 2000, she acted in a film called Manoharam, which was directed by Gunashekar. It was produced by Mullapudi Brahmanandam and Sukara Madhu Murali. In this film Jagapathi Babu was her co-actor and music was composed by Mani Sharma. This film received four Nandi Awards for Best feature film Bronze Nandi Award in 2000, Best Actor Male for Jagpathi Babu, Best Actress Female to Laya and Best Editor for A.Sreekar Prasad. Preminchu film was released in 2001, which was Directed by Boyina Subba Rao and produced by D.Rama Naidu. This film was awarded a Gold Nandi Award for Best Feature Film, Best Actress for Laya and also Best Lyricist for Dr.C.Narayana Reddy, Best Supporting Actor for Murali Mohan. Songs in that film were also very famous in that year.

Swarabhishekam film was released in 2004, which was written and directed by K.Viswanath, he played a key role in the film with co-stars Srikath, Shivaji and Laya. This film also won National Film award for Best Feature Film in Telugu and also for Best Music Direction for Vidya Sagar. She also worked in Television as a Host in Mega Bangaram Mee Kosam-1 in Gemini TV and also in Padutha Theeyaga on ETV. She also worked in Serial on ETV which was named as Sambavi.