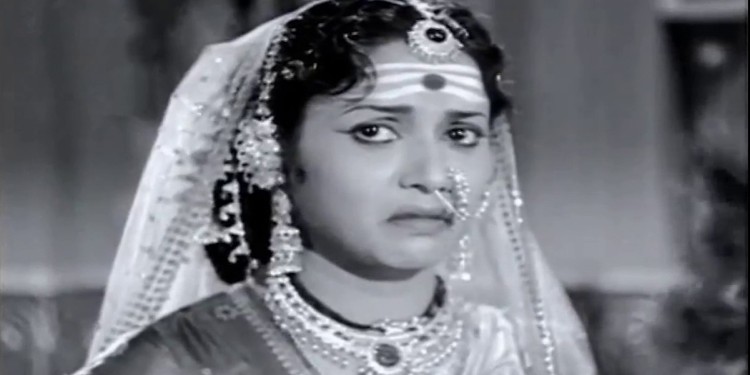 M.V. Rajamma was born on 10-3-1921. She was born in Agandanahalli, which has Bangalore as it’s district. From Arya Balika School, which is in Bangalore she completed her studies till 8th standard. After discontinuing her studies her concentration was on stage plays and theatre shows. She joined a theatre group called Chandrakala. Later she moved to Chennai for her career in acting. She is an actress, playback singer and also a film producer. She was married to M. C. Veer. She worked in many dramas like Samsara Nauke, Subhadra and Gauthama Buddha. In 1935, she worked in Samsara Nauke film in Kannada language. H. L. N. Simha is the director of this film. K. Nanjappa is the producer of this film. Music for this film was given by M. Madhava Rao. This film was produced under the banner of Devi films. M. V. Rajamma and B. R. Panthulu they both are the lead stars in this film. S. K. Padmadevi and Dikki Madhava Rao are the supporting actors in this film.