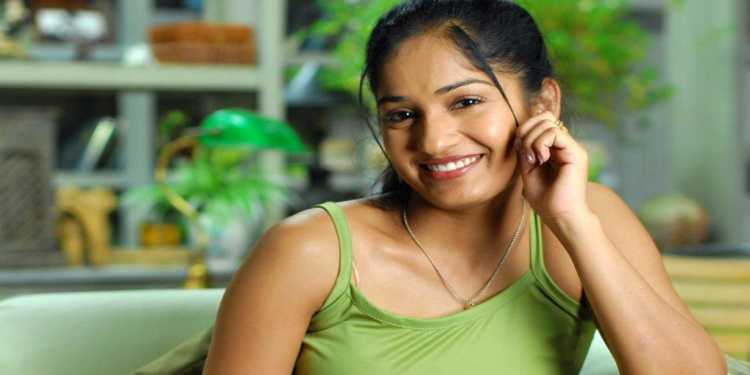 Madhavi Latha her real name is madhavi latha paipulaeti.she is a former telugu indian actress.Her date of birth is 2-october-1988 at bellary,Karnataka.Her height is measured about 165cm or 5feet 4 inches.Her weight is about 52kgs or 114.64ls.Her figure measurement is about 34-28-36.She is very fair with very long black hair.Her eye colour is black.she has beautiful smile which makes her look more gorgeous.she is a politician also.she acted in telugu and tamil films.she has completed her schooling in Karnataka.she is graduated  in sociology at ASM college for women,Gulbarga university,Karnataka.later completed  economics degree at Gulbarga university.she love to do dance and reading books.Her favourite actor is prabhas.She love to eat biryani. Her faourite actress is anushka.Her favourite music director is thaman .Her favourite movie is super.Her favourite director is  shiva .Her favourite colour is yellow and pink.

Madhavi Latha carrer started with the telugu romantic movie named nachavule with th co-star tanish.In this movie she works in a restaurant and she love tanish very much but hero used to love another girls.she was very much disappointed with his character atlast he understood her and loved her.while doing movies she completed her MA sociology in mysore university.Later her debut film was shhh and snehithuda with the co-star nani it was a super hit movie.she took one year break and she went to uk  to pursue fashion designing.she came back to india and started acting in films.she played a role in aravind-2 movie.she also acted in maheshbabu’s aathidi movie as heroine friend’ role.she also acted in choodalani chepalani with co-star taraka ratna were she played as dumb and deaf girl which was not released.

Madhavi Latha discussed about her personal life that one person is harassing her and her family for more than ten years still she is facing the same problem.while acting in the films directors wanted to date with her but she rejected their proposal which made her career ruin.she did not get offers for many years.she also discussed about her love story and problems which has faced during her carrer.she has taken part almost in every language.After her carrer in films has stoped she started to enter in politics.