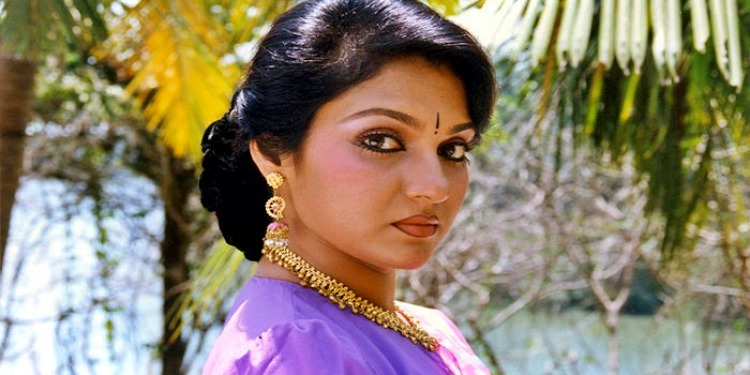 Madhavi is a famous Indian actress in the film industry. Her date of birth is 12-8-1962. She was brought up in Hyderabad city. Sasirekha and Govinda Swamy had three children. Madhavi, Keerthi Kumari and the brother Dhananjay were grown up together. Schooling was done from Stanley girls school, which is in Hyderabad city Abids branch. She was a multi-talented girl in her childhood. Uma Maheswari was her Bharatnatyam teacher. And she was also a folk dancer,Mr.Bhatt was her teacher. She has performed dance shows, which are not less than a thousand. Her debut film was Thoorupu padamara in Telugu, which was directed by Dasari Narayana Rao. In this film she played a leading role.

Madhavi started her career in early teenage. Later on the film was a big hit. Intlo Ramaiah Veedhilo Krishnaiah was her first movie with famous Telugu hero Chiranjeevi in 1982. Later she worked with him in many films. Bigg Boss was her last film in Telugu, in which she acted with Chiranjeevi. In 1978 she acted in the film Maro Charitra in a supporting role, which was directed by Balachander. This film was remake in Hindi as Ek Duje Ke Liye by the same director in 1981, which was a very famous film in that year. For this film she got a Filmfare award in the category of best supporting actress.

Madhavi entered into the Tamil industry, by doing Thilu Mullu film in 1981. Which was directed by K.Balachander who was impressed by the acting in previous films. In Thilu Mullu film her co-actor was Rajnikant. She got a chance to act with Hindi superstar Amitabh Bachchan in the Agneepath film in the year 1990. She also acted in Kannada films, with famous actors like Anant Nag, Ambareesh, Vishnuvardhan and Rajkumar in several films. Co-starting with Rajkumar gave her many superhit movies some of them are Aakasmika, Shruti Seridaaga, Haalu jenu, Jeevana Chaitra, Odahuttidavaru,etc. Both the films Malaya Marutha and Haalu Jenu are praised by the public. These films gave her big success in her career also in the commercial way. Some of her movies with Kamal Haasan are Tik Tik Tik, Mangamma Sabadham, Ellam Inbamayam, Raja Paarvai, Sattam, Kaakki Sattai.

Madhavi also acted with Rajinikanth in the following  movies Viduthalai, Garjanai,etc. She started her career snice age of 17 years, her charm and talent over about 300 movies. About two decades she was one of the top actresses in the film industry.