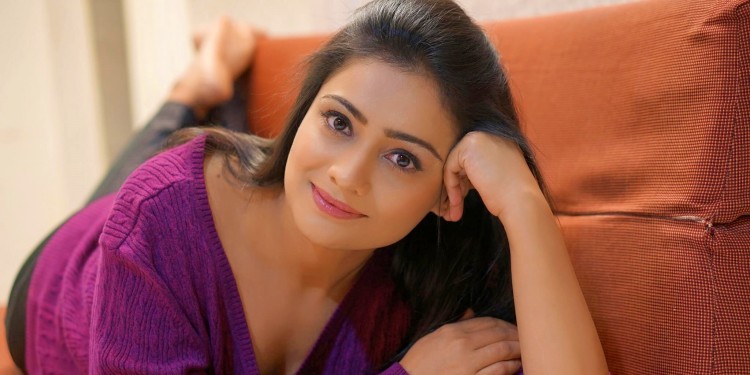 Meera Vasudevan born on 29-1-1982. She is from a Tamil family. She is from Mumbai and Maharashtra. Vasudevan and Hemalatha are your parents. She is the elder daughter to them, her younger sister is Ashwini. Her younger sister is a famous child artist in the film Jaanam samjha Karo, which was the debut film of Salman Khan. She has done graduation in multiple subjects which are English literature, Arts and psychology. She was a successful model. She also worked in AD films. The campaign of ICC set max was her stepping stones for success and by that she entered in the acting field.

Meera Vasudevan was married to Vishal Agrawal in 2005 and divorced in July 2010. Later she was married to John kokken in 2012 who is a Malayalam actor and divorced in 2016. She was blessed with one son Ariha John. Her ex-husband Vishal is a son of a cinematographer known as Ashok Kumar. Pyaar ka superhit formula was her debut film in Bollywood. In this film her co-star is Milind Soman. In the set max ad shooting, she has failed 500 screen tests, which was performed by Prahlad Kakkar and later on she has won the best ad campaign for that year. Balagopalan’s mother Parvati noticed and got into the screen test for her debut film in Bollywood. Then she was nominated for PNC awards. Before her debut film was released in Bollywood, Golmaal in Telugu was released before it.

Meera Vasudevan also started acting in Tamil which was the first film. Her co-stars in that film are Venkat Prabhu and also S.P.B. Charan, Unnai Saranadainthein is the name of that film.  She earned a Special award from Tamilnadu film industry for best actress, for the role of Bobby as a village girl. After that she faced failures, one was in Telugu and  the other in Tamil industry. Next she entered into Malayalam industry in 2005 by the director Blessy in Thanmathra film. Her performance in this film as a mother for two children and housewife, got good reviews. For that film she got best female for new face award in 2005, which was given by ujala-Asianet awards.

Meera Vasudevan also worked in Television serials. She worked in a Hindi film called Jaadu sa chal Gayaa. Then after three years she started working in Tamil films, which was a comedy film called Jerry. She also acted in the film which was attracted by children which was chain kulii ki main kulii. Later on she has done more films in Malayalam industry. She performed some TV ads which are Surf Excel, Fair and Lovely, Alpenliebe, Pears Junior, Pilsbury in 2010, Kenstar, knorr soups, etc,.