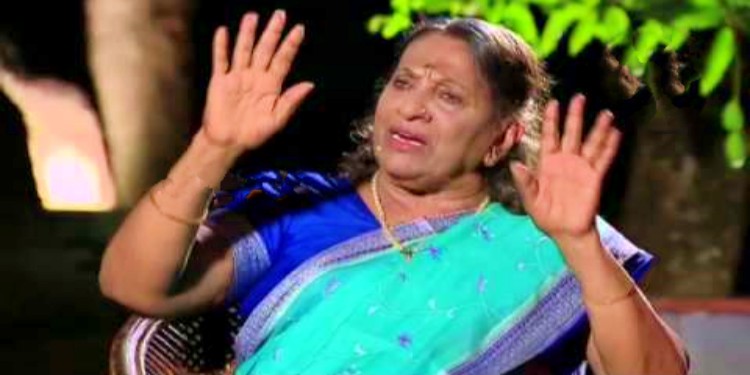 Vijayakumari is an Indian actress, television and stage artist also. In K.P.A.C she was a stage actress and also in Kalidasa Kalakendra. She was the best stage artist, she also won Kerala State award. In Kalidasa Kalakendra she is the Secretary now. Paramu Panikker is her father and Bhargaviyamma is her mother. She was from Kollam, which is in Kerala state. Father used to work as a boat pilot and her mother works in a cashew factory as a cashew nut worker in kollam. When she was very small her father died. She has one small sister. From the Cantonment School, she completed her education, which was in Kollam. She was married to O.Madhavan, who was a Indian director and also an actor. In 2005 he died. They were blessed with three children. Mukesh, Jayashree Syamlal and Sandhya Rajendran. Mukesh and  Sandhya Rajendran are also actors in the film industry. Sandhya Rajendran’s husband is E.A.Rajendran is also an actor. Her grandchildren are Tejas Mukesh coma Shravan Mukesh, Divya Darshan, Natalia Syam and Neeta Syam. Ayisha was her debut film in Malayalam language in 1964.