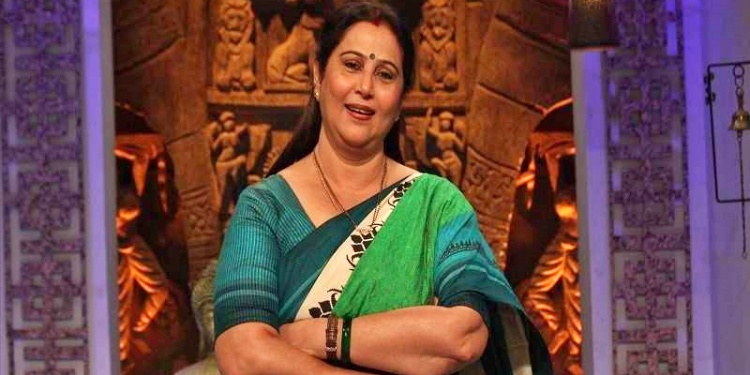 Geetha Kadambee was born on 14-7-1963. She is an actress from India. She worked in Tamil, Malayalam, Telugu, Hindi and Kannada movies. She has worked in about 200 movies in Tamil, Malayalam, Telugu, Hindi and Kannada languages. She also worked in some South Indian daily soap serials. She was from Bangalore. In 1997, She was married to Vasan Thatham. He is an American CPA and also a Chartered Accountant in India. After her marriage they used to stay in New Jersey.

Her husband was an advisor and also a business promoter in corporate companies. After her marriage, she stopped working as an actor for some time period. She came back to the industry and started acting in supporting roles in hero’s mother, like in some movies. In 1978, she made her debut film in Tamil, which was titled as Bairavi. In this film Rajinikanth was the hero and Geeta is playing the role of Rajinikanth’s sister in this movie. This film was directed by M. Bhaskar. Kalaignanam was the producer and also wrote the dialogues for this film. Music was given by the famous Ilaiyaraaja. When she worked in this film she was studying 7th standard.

Geetha stopped her studies because she was very busy with her movie career. In 1986, she worked in Panchagni movie in Malayalam language.  After this film she was very famous. Some more films in Malayalam language like Kshamichu Ennoru Vakku, Sukhamo Devi, Geetham, Aavanazhi, etc, these are some films which gave her name in the industry. For the film Oru Vadakkan Veeragatha in 1989, she won second best actress award from the Kerala state. Shiva with famous actors like Mammootty, Mohanlal, Ananth Nag, Rajkumar, Ambarish and Vishnuvardhan.  Now she is working in some television serials like Thene Manasulu in ETV Telugu, Rajakumari serial in Sun TV, Engirindho Vanthaal serial, Kuthirakal serial in Doordarshan, etc.