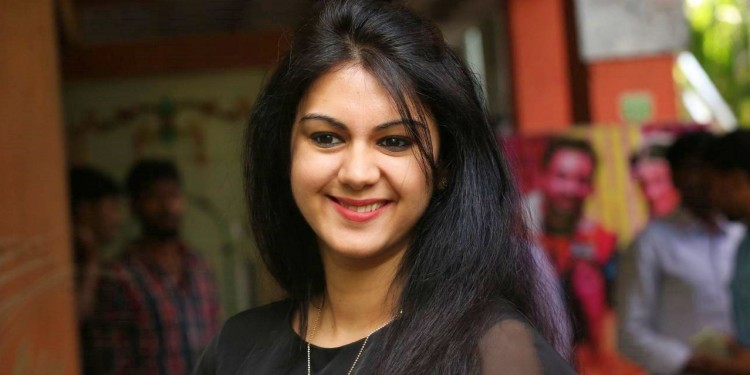 Kamna Jethmalani is a Tollywood actress. She was born on 11-12-1985 in Mumbai. she is from a hindu family.Her grandfather is a businessman, his name is Shyam Jethmalani. Dinky is her pet name. Nimesh Jethmalani is her father and he is a businessman,her mother is a housewife and her name is Divya.She have one brother, his name is kapil and also a sister named Karishma. Ram Jethmalani was her grandfather. She participated in Miss Mumbai Contest which was held in the year 2004, but she was a runner-up.

Kamna Jethmalani was married to Suraj Nagpal on 11-08-2014, he is a businessman in Bangalore. Her career was started by appearing in a pop song music video which was done by Neeraj Shridhar in 2004. Her first film was Premikulu in telugu, which was a flop. Her 2nd film was Idhaya Thirudan in Tamil.After that film she had her first successful film was Ranam, co-starring with Gopichand. In this film music was also famous which was given by Mani Sharma. In sainikudu film she has a special appearance in the song, it was also a very popular song. She also worked in tamil, kannada, Malayalam films. she has approximately worked in 25 films. In 2009 she acted in a comedy film with Allari Naresh it was a hit, which was named as Bendu Apparao R.M.P film. She has given a special appearance in the film king with Nagarjuna and other co-actors.

Kamna Jethmalani has performed many films in which she is in a leading role. Like Toss, Ugadi in Kannada, Machakaaran in Tamil, Rajadhi Raja in Tamil, Kathi Kantha Rao in Telugu, Makeup Man in Malayalam, Kasethan Kadavulada in Tamil, Action 3D in Telugu, Sri Jagadguru Aadi sankara in Telugu, Bhai in Telugu, Agraja in kannada, Chandrika in Telugu, Garuda in Kannada. she acted with many male actors Jayam Ravi, Gopichand, Jagapati babu, Sai Kumar, Upendra Raja, V.Ravichandran, Meka Srikanth, Jeevan, Allari Naresh, Jayaram, Jaggesh, Darshan, Siddharth Mahesh,etc,.Ranam movie in Telugu was her 3rd movie, it was in 24 theatres in our state, it has run in theatres for 100 days.