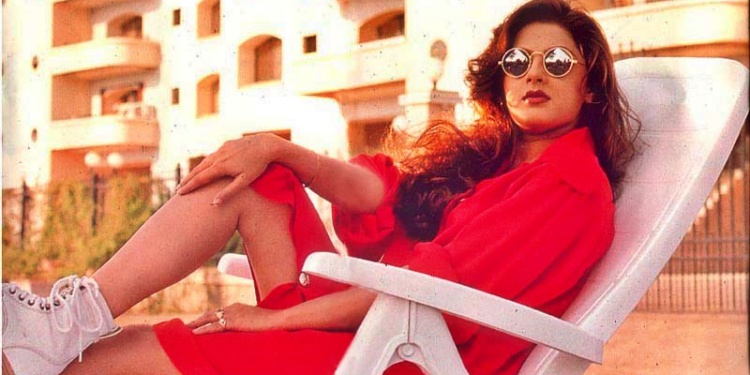 Mamta Kulkarni is an Indian actress. She is also a model. She was born on 24 1972. She is from Mumbai. Vikram Goswami is her husband. In 2013 they got married. Tiranga was her debut movie in 1992. The film was directed by Mehul Kumar. Her co-stars in the movie are Raaj Kumar, Varsha Usgaonkar, Nana Patekar, Manohar Singh and Deepak Shirke. She also starred in Aashiq Awara in 1993. In Filmfare awards she has won an award for Lux new face of the year. In the same year she acted in a film called Waqt Hamara Hai. Krantiveer was another film in which she was a leading star. This film was directed by Mehul Kumar. Her co-stars in this film are Nana Patekar, Atul Agnihotri, Dimple Kapadia, Paresh Rawal, Danny Denzongpa.

In 1995 she acted in some more films, Karan Arjun, Sabse Bada Khiladi, Baazi. In all these films she performed in a leading role. The movie Karan Arjun was a blockbuster, which was directed by Rakesh Roshan. She was with Salman Khan in the movie. In this movie acostarse are Shahrukh Khan, Rakhee, Amrish Puri, Kajol, Arjun Aashif Sheikh and Ranjeet. The songs were very popular which was done by Rajesh Roshan. The film China Gate was directed by Rajkumar Santoshi. Before taking Urmila Matondkar as heroine in that film Mamta Kulkarni was selected. But the thing between the director and the actress who were not well. and before the declaration of the director, the rumours began to spread that Kulkarni was dumped from the film. Later on she did not work in that film and the film was a big flop. The song ‘Chamma Chamma’ was only famous at the time.

She had a very bad time in her career. She was not getting any new offers and she had only a few films to work. Later on Mamta stopped  her acting career in 2002. Her last film was kabhi Tum kabhi hum. Mamta Kulkarni also worked in Kannada, Bengali, Telugu, Tamil and Malayalam movies. In her career she rejected some films with Ajay Devgan, Sanjay Dutt, Govinda, Saif Ali Khan, Bobby Deol, Akshay Khanna, Aamir Khan, Akshay Kumar, Mithun Chakraborty, Salman Khan, Anil Kapoor and Shahrukh Khan.