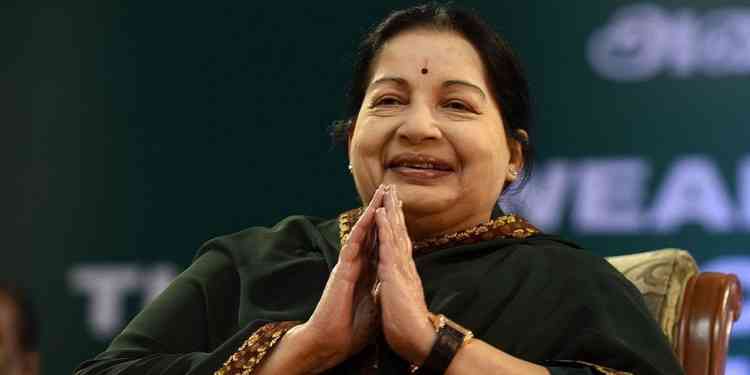 Her birth name is Jairam Jayalalitha. J Jayalalitha was born on 24-02-1948. She is from Melukote, which is in Karnataka state. Jayaram is her father and Vedavalli is her mother. She is from a Tamil Brahmin family. Her father Jayaram was a lawyer. She completed her studies from Bishop Cotton Girls School, which is in Bangalore and also from Sacred Heart Matriculation School. In 10th class, she got the first rank and she was given a Gold state award. In Stella Maris College, she joined but discontinued due to some pressures. She can speak English, Tamil, Telugu, Hindi, Malayalam, Kannada and Arabic all these languages very fluently.

She has one brother. his name is Jayakumar. She was a famous actress and also a politician. She was a very talented person. She is trained in a classical piano of Western type and Carnatic music. She also learnt Kuchipudi, Bharatanatyam, Kathak, Mohiniyattam, Kuchipudi and Manipuri. In 1960, she gave her first performance at Rasika Ranjani Sabha which was in Mylapore. In 1961, she worked as a child artist in Sri Shaila Mahathme film in the Kannada language.

In 1965, she worked in her debut Tamil film as a lead actress in Vennira Aadai film. C. V. Sridhar is the director, producer and wrote the story of this film. Jayalalitha, Nirmala, Major Sundarrajan and Srikanth are working in this film in lead roles. Music was given by Ramamoorthy and Viswanathan for this film. She has won many best actress awards from Tamil Nadu, Telugu and from Madras also. She worked with famous actors like Jaishankar, N.T. Rama Rao, Sobhan Babu, Ravichandran, M.G. Ramachandran, Shivaji Ganesan, etc. She was also known with different names as Puratchi Thalaivi, Amma, Thanga Tharagai, and Kalai Selvi. She was also awarded the Honorary Doctorate in 1991.

Jaya Lalitha was also given Kalaimamani in 1972. She was a Chief Minister for Tamilnadu state six times. She had health issues of infection and dehydration. She has been admitted to Apollo hospitals in Chennai. Later she was cured. She was admitted to the hospital on 4-12-2016 for a heart attack. This time she was in a very serious health condition. The next day the hospital declared that she was no more.