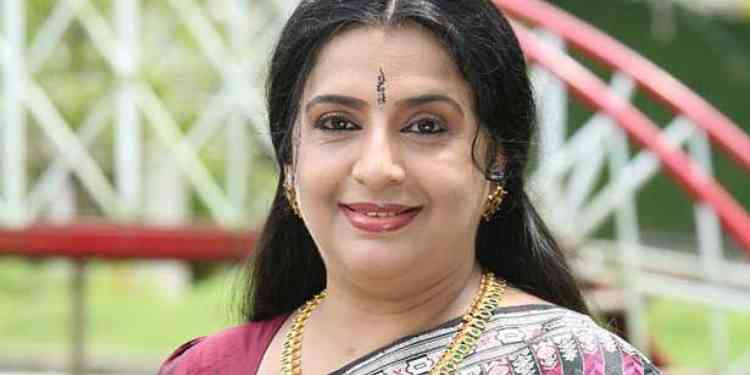 Ambika is a television and film actress. She was born on 16-11-1962. She is from Thiruvananthapuram, which is in Kerala. Kunjan Nair is her father and Sarasamma is her mother. In 2014, Sarasamma was a Mahila Congress leader. Radha, Mallika are her younger sisters. She also has two brothers who are younger than her, Arjun and Suresh. She was married to Premkumar Menon,who was a NRI in 1988. They were blessed with two sons. Now they are settled in America. In 1997 they got divorced. Later on in 2000, she married an actor Ravikanth. In 2002, they were divorced. Now she lives in Chennai with her sons. As a child artist she started her career in the film industry.

Ambika acted in 200 films or more. She was a famous actor in her time. Her debut film was in Malayalam film,it was named as Seetha. But this film was released late. Neelathaamara and Lejjavathi films are milestones in her career. After these films she became a busy actress in Malayalam, Tamil and Kannada film industries. K.Bhagyaraj took her into his films.

Her first movie with him was Antha Ezhu Naatkal. In this film K.Bhagyaraj was the director and also her co-star in this film. She worked with Rajinikanth and Kamal Hassan in many films. Maaveeran, Kadhal Parisu, Kaakki Sattai, Padikkadhavan,and Vikram in all these films she performed in glamorous roles. She worked with some famous actors like Rajnikanth, Shankar, Vishnuvardhan, Mammootty, Mohanlal, Vijayakanth and Ambarish. In 1980, she was very popular and successful in her career in Malayalam, Kannada and Tamil movies.

In some films she acted with her own sister Radha. In the Kadhal Parisu film they performed in roles as two young sisters. In 1997, after she divorced she came from the US to India and started her acting career again. She acted in Periyamanushan film, along with the famous actor Sathyaraj. In this film she performed in a glamorous role. She also worked in Telugu movies like Maa Nannaki Pelli along with Krishnam Raju and Srikanth. In 2014, she worked on lyrics in the film Medulla Oblangatta. She also knows designing. In some reality shows she was a judge. She also worked in so many advertisements.