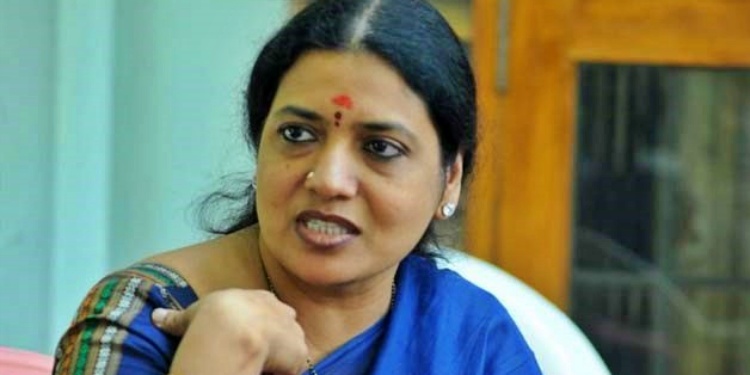 Jeevitha is an actress from India. She is also a director and producer of movies. In 1991, she was married to Dr. Rajasekhar. They were blessed with two daughters. Shivani was her first daughter and Shivatmika is her second daughter. In 1984, she worked in the Uravai Kaatha Kili film in Tamil language. For this film direction, story was written and screenplay was done by Vijaya T. Rajendar. R. Dhanalakshmi was the producer of this film. Vijaya T. Rajendar, Jeevitha, Major Sundarrajan and Saritha were the lead stars of this film. Music for this film was also given by T. Rajendar. This film was edited by R. Devarajan. In 1985, she worked in Sugamana Raagangal film. For this film director is R. Sundarrajan. C.M. Nanjappan and C.M. Aruchamy are the producers of this film. The story of this film was written by the famous R. Sundarrajan. Music for this film was given by M.S. Viswanathan. Sivakumar, Jeevitha, Rajeev and Saritha are the lead stars in this film. Cinematography for the film was given by Rajarajan. In the same year she worked in Vetrikani, Pattuchelai, Selvi, Padum Vaanampadi, Ilamai, Naane Raja Naane Mandhri, Idhu Engal Rajyam, Engal Kural and Hello Yaar Pesurathu movies.