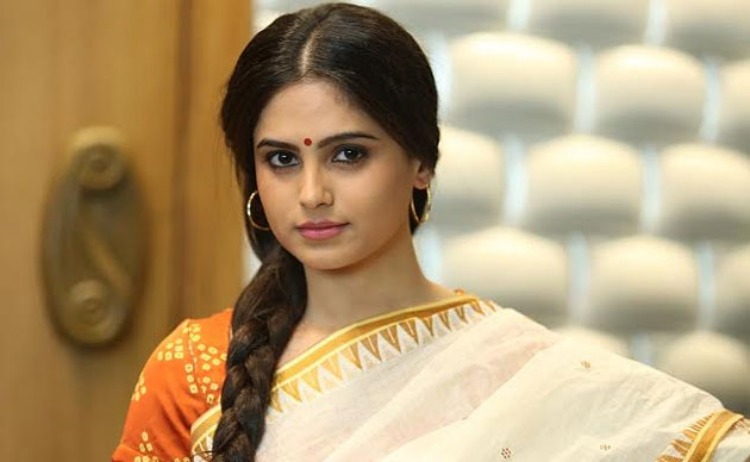 Naina Ganguly was born on 17-4-1994. She is an actress and also a singer from India. She is from Kolkata. Her mother tongue is Hindi. She is from Hindu family. Her zodiac sign is Pisces. She is an unmarried woman. her height is approximately 170 cm. Her weight is approximately 75 Kgs. Her eye colour is black. Her hair is also black in colour. Her debut film was Vangaveeti in 2016. This film was in Telugu language. It is a biographical action movie. This film was written and directed by the famous Ram Gopal Varma, who is also known as R.G.V. This film is a true story of a politician. This film is about the fight between two brothers Vangaveeti Maohana Ranga and Vangaveeti Radha Krishna, his elder brother. Dasari Kiran Kumar is a producer of this film. Chaitanya Prasad and Radha Krishna are the writers of this film. Play of this film was done by Ram Gopal Varma. The lead stars in this film are Sandeep Kumar, Naina Ganguly, Vamsi Nakkanti, Kautilya, Vamsi Chaganti and Shritej. The narrator of this film is Ram Gopal Varma. Ravi Shankar has given the music for this film. Father’s film cinematography was done by Durya Chowdhary, K. Dilip Verma and Rahul Srivastav. In 2017,

Naina Ganguly also worked in a short film which was  produced and directed by R.G.V. She worked in a short film which was very famous in youtube. Vijay Kumar has written this short film. Makarand Deshpande,Divya Jagdale and Naina Ganguly are the stars in the short film. The cinematography was done by Amol Rathod.This short film was for about 11 minutes and 29 seconds. The short film was in Hindi language. In 2018, she worked in Charitraheen web series. This web series is in Bengali language. This web series is directed by Debaloy Bhattacharya. In 2019, she also worked in Charitraheen 2 in the web series. Which was directed by Debaloy Bhattacharya. In 2020, she is working in the Guns and Thighs, Johaar and Beautiful film. These films are not completed.