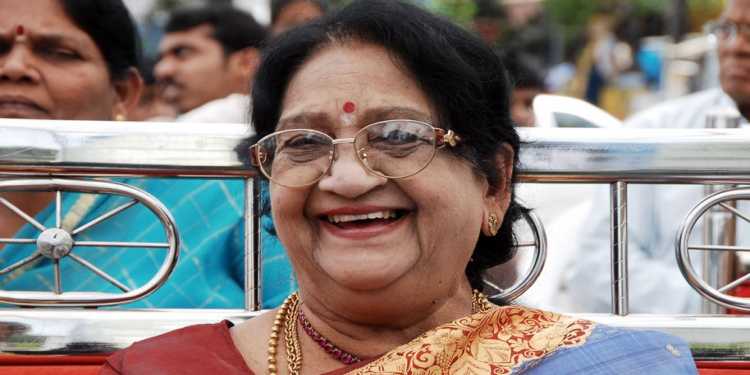 Anjali Devi was born on 24-08-1927. She was from Peddapuram village, which is in East Godavari district in A.P. Before she started doing dramas her name was Anjamma, after entering into dramas she changed her name as Anjani Kumari. Later, her name is again changed as Anjali Devi by a director C.Pullaiah. She was an actress, model and also a producer in Tamil and Telugu industry. She was married to P.Adinarayana Rao who was a music director, in 1948. They were blessed with two sons. They used to live in Chennai. Under the banner Anjali Pictures they produced so many Telugu movies. Saila Rao her granddaughter, she also worked in the film industry.

Anjali Devi worked in more than 500 films in both Telugu and Tamil films. She worked as a producer for five films and one Television series. She received many awards for her acting in Telugu films. She received Best Actress award from Filmfare for the films Anarkali (1955), Suvarna Sundari (1957), Chenchu Lakshmi (1958), Jayabheri (1959). She also received Doctorate from the University of Nagarjuna, which is in Guntur. In 1994 she was given Raghupathi Venkaiah Award for her lifetime services to Tollywood industry.

In 1963, for the film Lava Kusha she got Rashtrapati Award. She also received the Ramineni award in 2006. In 2008, she got the ANR National Award. She got Arignar Anna Award from Tamil Nadu State in 2000. She worked with famous actors like A.Nageswara Rao, N.T.Rama Rao, M.G.Ramachandran, P.U.Chinnappa, P.Kannamba, T.R.Mahalingam, Krishna Murthy, Mukkamala, G. Varalakshmi, Relangi, Venkataramaiah, A.M.Rajah, Sivaji Ganesan, Pandari Bai, Kishore Kumar, Bharat Bhushan, Vyjayanthimala, Devika, Gemini Ganesan. On 13-1-2014, she died because of cardiac arrest. At Vijaya Hospital, which was in Chennai. To Ramachandra Medical College her organs are donated.

Anjali Devi became famous for the film Lava Kusha. In that film her role of Sita was very spectacular. For Suvarna Sundari film she acted in that film, also she produced that film. Paradesi, Swarnamanjari, Chandi Priya, Sati Sakkubai, are some films she produced in her time. She performed in different roles as a mother, a dancer, a goddess, a demon, an angel, a damsel, and also as a traditional women.