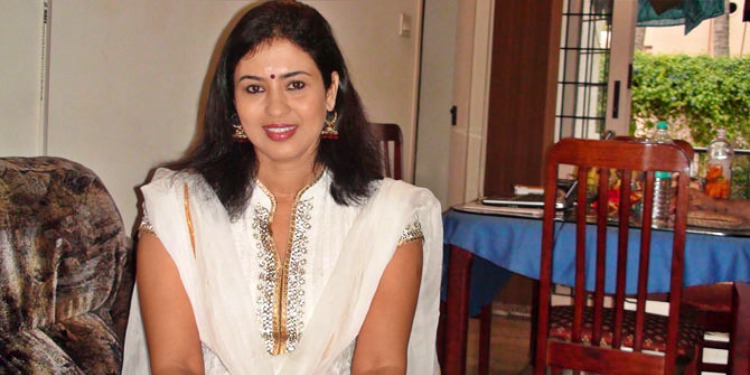 Jaya shree is an actress from India. She was born in 10-8-1965. She is from Chennai. She was married in 1988. They were blessed with 2 sons. In 1985, she performed in her debut film in Thendrale Ennai Thodu movie. This film was in Tamil language. C. V. Sridhar is the director, screenplay and story was written by him for this film. Chitralaya Gopu has written the dialogues for this film. Music was given by the famous Ilaiyaraaja for this film. Jayashree and Mohan are the lead stars in this film. Cinematography for the film was done by Ashok Kumar.

In the same year she worked in Raaga Bandhanggal film, Idhu Engal Rajyam,and Irandu Manam movies. In 1986, she performed in Kaalamellam Unn Madiyil, Panneer Nadhigal, Nambinar Keduvathillai, Kovil Yaanai,etc. In the same year, she worked in the Vidinja Kalyanam film in Tamil language. This film was directed by the famous Manivannan. Tiruppur Mani is the producer of this film. Music for this film was given by the famous Ilaiyaraaja. Jayshree and Sathyaraj are the lead stars of this film. Ravindra Jain, Vijay Kumar and Sujatha worked in supporting roles in this film. Cinematography was done by A. Sabapathi for this film.

In 1985, she worked in some Telugu films like Suvarna Sundari, Premaayanam and Prema Sasthram. In 1986, she worked in Veendum film in Malayalam language. Joshiy is the director of the film. Jose Kurian has written the story of this film. Dialogues are written by Dennis Joseph and the screenplay for this film is also done by him. Music for this film was given by the Ouseppachan. The lead stars for this film are Ratheesh, Mammootty, Geethu Mohandas and Jayashree. For this film Cinematography was done by Anandakkuttan. For the film Azhagan, she has given voice over for the actress Geetha.

For the film Pachaikili Muthucharam, she has given voice over for the actress Jyothika. In 1987, she worked in some more Tamil movies like Thirumathi Oru Vegumathi, Thaali Dhanam, Vanna Kanavugal, Anand, Varam, Nalaya Manithan, Pistha and Vivasaayi Magan. After a long break she worked in Manal Kayiru2 film in 2016. Madan Kumar is a director of this film. Murali Ramaswamy is a producer of this film. Jayashree, S.V. Shekhar, Poorna and Ashwin shekhar are the lead stars in this film. Dharan Kumar gave music for this film.