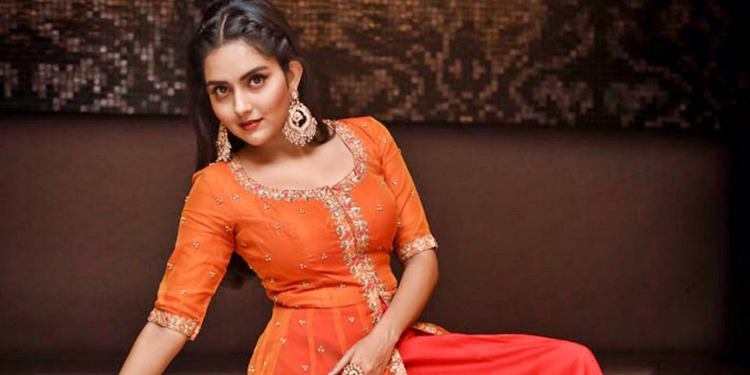 Mahima Nambiar was born on 21-12-1994. She is from Kasaragod, which is in Kerala. She is an actress, model and also a singer. She studied privately BA in English Literature. She has learnt classical dance and singing. She worked in both Tamil and Malayalam movies. She started her career in acting at the age of 15 years. Her debut film was in Malayalam, the film title was Kaaryasthan. In this film she was playing the role of Dileep’s sister. This role was very short in the film. This film was directed by Thomas K.Thomas, produced by Neeta Anto. The leading stars in this film are Dileep, Akhila, Madhu. In some advertisements, she was working as a model. In that time director Swamy offered her to work in a movie called Sindhu Samaveli. But she had to refuse that offer because of some personal issues. Later for Saattai film in 2012, she was recommended by the production department. In Arivazhagi movie, she was in a leading role as a village school girl.

When she was working in that film she was studying 12th standard. After the movie Saattai, she took a leave from the acting profession to complete her schooling. Later she returned and worked in four Tamil movies. Next film was Ennamo Nadakkudhu, in this film she was playing the role of a nurse named Madhu. This film was directed by P.Rajapandi, produced by V.Vinoth Kumar. Her co-actors in this film are Vijay Vasanth, Prabhu and Rahman. Then she worked in the Mosakutty film. This film was directed by M.Jeevan. This film was produced by John Max. Her co-star in this movie is Veera. The music for this film is given by Ramesh Vinayakam. Her next film was Puravi 150cc, which was directed by Venkat who is an associate of Cheran.

In 2015 she worked in the Ahathinai movie, which was directed by marudhu. She also worked in the Kitna movie, in this film she worked in a dual role. This film was directed by Samuthirakani. In 2017, she worked in Kuttram 23, Puriyatha Puthir, Kodiveeran, Masterpiece movies. In 2018, She worked in Iravukku Aayiram Kangal, Annanukku Jai. In 2019, she performed in Madura Raja and Magamuni films.In 2020, she completed one movie called Asuraguru. In the same year she is working in some more films Ayngaran, Vaadu Nenu Kaadhu and in Malayalam she working in M.Padmakumar Asif Ali Film, these films have not finished now.