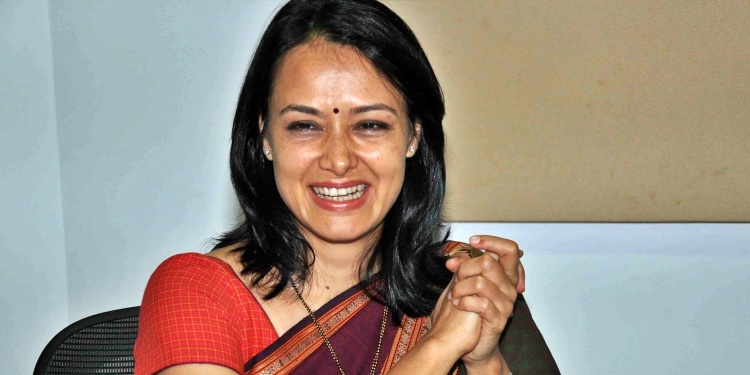 Amala Akkineni was born on 12-9-1967. She is from a Bengali family. She is from Kolkata. Father was an Indian Navy Officer and her mother is an Irish. She is a dancer. She learnt Bharatanatyam from the famous Kalakshetra College of fine arts. She also has a Bachelor of fine arts degree. She performed many live shows all over the world. She married Akkineni Nagarjuna in 1992, who was a famous actor in Telugu film industry. They were blessed with a son, Akkineni Akhil. For Naga Chaitanya, Amala is his step-mother. Mythili Ennai Kaathali was her debut film in Tamil industry. This film was directed by T.Rajendar. This film was a huge hit in the Box office.

Amala became an overnight star after this film. She performed along with her future husband in hits like Nirnayam and Shiva. For the Malayalam film Ulladakkam, she received an award from Filmfare for the Best Actress. After her marriage she stopped acting. But she performed in Life is beautiful in the year 2012, it was her comeback movie after a long time.  Amala got the Best Outstanding Actress award from CineMAA Awards for that film. In Filmfare awards she received an award for best supporting actress in the year 2013. She also worked in Malayalam film C/O Saira Banu in 2017. Kirayi Daba, Chinababu, Shiva, Raktha Tilakam,Prema Yuddham, Aagraham,Raja Vikramarka, Manam in Telugu industry. Dayavan, Listen…Amaya,Kab Tak Chup Rahungi, Dost, Shiva,Jurrat, Hamari Adhuri Kahani, Karawaan these are some of the films she acted in Hindi industry. She acted in Telugu, Tamil, Malayalam, Kannada and  Hindi movies.

Amala Akkineni also worked in Television shows as Judge in Super Mom show. She also worked in some more shows in Television. She is an animal lover. So, she formed an organisation or NGO for animals. She is co-founder of the NGO which is in Hyderabad, It is known as The Blue cross. This NGO works for Welfare of animals and also preserves the rights of animals in India. She is a very kind hearted woman. She acted with famous actors in her career. She was also a successful actress.