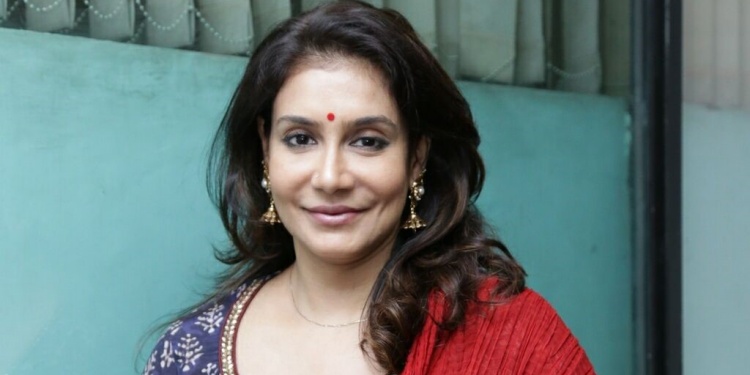 Lissy Lakshmi is an Indian actress. She was born on 3-02-1967. She is from Kochi City which is in Kerala state. She was only one daughter of Nellikaattil pappachan and Aleyamma. When she was young her parents got divorced. Her mother looked after her. Schooling and college are done in St.Teresa’s. She was a bright student and scored good marks in her schooling. At the age of 16 she started her career in movies. So, she had to stop her studies.In middle of her college. In 1980’s she started her career. She was encouraged by her mother to be an actress. She became a famous actress in Malayalam films.

Lissy was one of the top actresses in her time. She has worked with all the top heroes in eighties. She worked with Mohanlal, Mukesh. She would set some magic on the screen with her performance. She also worked in many Tamil and Telugu films also.In Boeing Boeing, Odaruthammava Alariyam, Chithram, Mutharamkunnu P.O, Thalavattom movies and her nice name and was reached to everyone’s heart. Kamal Hassan introduced her in Tamil films by seeing her in manam magazine. With Kamal Haasan she worked in a leading role in his own production Vikram film.

Lizzy and famous director Priyadarshan fell in love and later on they married. On 13-12-1990 they got married. After her marriage she stopped working in films and changed her name as Lakshmi because of her personal reasons. She is blessed with two children.

Kalyani daughter and her son Siddharth. Her daughter Kalyani is also working in Film industry.  Kalyani worked in a Telugu film called Chitralahari. In this film her daughter worked in a leading role, with co-star famous actor Sai Dharam Tej. After 24 years it took divorce with Priyadarshan. First she filed a report for divorce on 1-12-2014. She got divorced on 1-9-2016 in Chennai court. The Sri Ratna award was given by Kerala kalakendram to her in 2013. Ayanam, Nirakkoottu, Onningu Vannengil, Kathodu Kothoram, Hello My Dear Wrong Number, Geetham, Ice Cream, Ashtabandham, Cheppu, Naal kavala are some of her Malayalam movies in which she performed. She performed 10 films in Telugu and 4 films in Tamil industry.