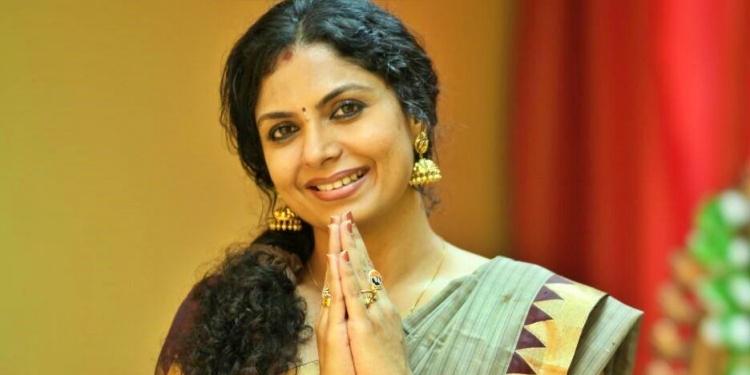 Asha Sharath was born on 19-7-1975. She was from Perumbavoor, which is in Kerala state. Krishnan Kutty is  her father and Kalamandalam Sumathi is her mother.Her father was an employee in Travancore Rayons and he was retired. Her mother was M.D of Natyalaya School, which was a classical dance school.Her mother was a famous dancer, she was given fellowship award in Sangeetha Nataka Academy by Kerala Kalamandalam.

Asha Sharath has won the National Award which was given by Akshaya. She learnt dancing at the age of 3. Venugopal and Balagopal are her brother’s. To become a dancer her father and her brothers are her inspiration. From Sree Sankara College, she studied in this college, which is in kalady.In 1995, she was married to T.V. Sharath. They were blessed with two daughters. Uthara is her first daughter and Keerthana is her second daughter. After her marriage she was living in Dubai, which is in the UAE. Her uncle Ravikumar and mother were her first teachers in Mohiniyattam and Bharatanatyam. Anitha Janaki and Vinayachandran are her Kuchipudi teachers. Radhakrishnan, Kalanilayam Madhu and late D.G. Namboothiri are her Kathakali teachers.

She is a classical dancer, an actress in films and in tv serials. She got two Best Supporting actress awards from filmfare awards. For the films Anuraga Karikkin Vellan and Drishyam.

Asha Sharath almost got 25 awards for Best Actress and Best Supporting actress roles. She worked with very famous actors, some of them are Mohanlal, Saikumar, Sreekesh Purushan, Lal, Sanusha, Aju Varghese, Murali Sharma, Rima Kallingal, Meena, Mammootty. In 1995, she started working in Radio Asia FM in Dubai, therefore she was a programme producer and RJ for about eight years. She opened Kairali Kalakendram in Kerala,in the year 2003. This institute has its branches all over India and also in the UK, Brazil and US.