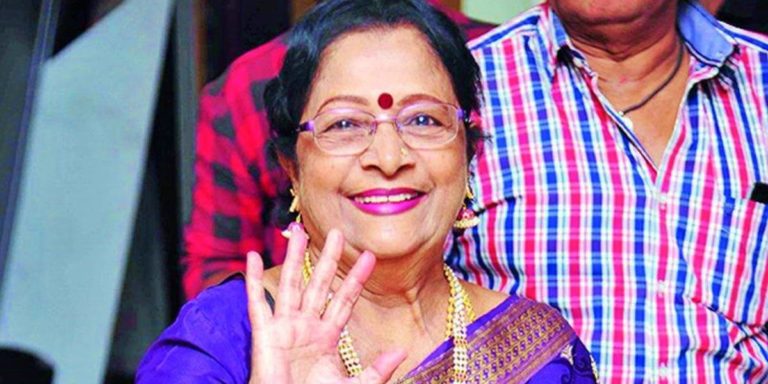 B V  Radha Wiki and Biography

Her full name is Bengaluru Vijaya Radha. She was born on 15-8-1948. On 10-09-2017, she was no more due to heart stroke. She was also known as Rajalakshmi. She is an actress from India and also worked as a producer for films. She was from Bangalore.

She was from a farming family. From childhood, she was interested in becoming an actress. So, she used to perform plays instead of going to school. She used to do plays with her troupe, it was known as Natavranda. She was awarded by Kanaka Ratna for her efforts and contribution, which she kept in cinema and theatre.  This award was given by the Kaginele Kanaka Guru Peetha, which was a cultural and spiritual center for the Kuruba Gowdas.  By the Tamil industry she was given the credit as Kumari Radha.

In 1973, she was married to K.S.L.Swamy. He was a director, actor, playback singer and also producer in the film industry. They were blessed with two children. Her debut film in Kannada language is Navakoti Narayana in 1964. This film was directed by S.K. Ananthachari. D.R. Naidu who is the producer of this film. Rajkumar and Sowcar Janaki are in leading roles in this film. Music was given by Shivaprasad. Her debut film in Tamil language is Thazhampoo in 1965.

B.V Radha was very famous after this film in supporting roles. Kaveri was her role in this film. Ramadass was the director of this film. Music was given by Mahadevan. Story was written by Kottarakkara. Ramachandran and Vijaya are in leading roles in this film. She worked in about 300 films. In Kannada language She worked in 250 films, and remaining in Telugu, Tulu, Tamil, Hindi and Malayalam films. Her debut film in Telugu language was Aame Evaru? In 1966. The direction and story was written by Narayana. Veerappa was the producer of this film. Kongara Jaggaiah, Vanisri, Jayalalitha, Prabhakar Reddy, Raja Babu and Nagabhushanam are the leading stars in this film. She used to work with the top heroes in the South Indian film industry. Sivaji Ganesan, Gemini Ganesan, A. Nageswara Rao, Jaishankar, N.T. Rama Rao and Ramachandran are the famous actors with whom she worked with.