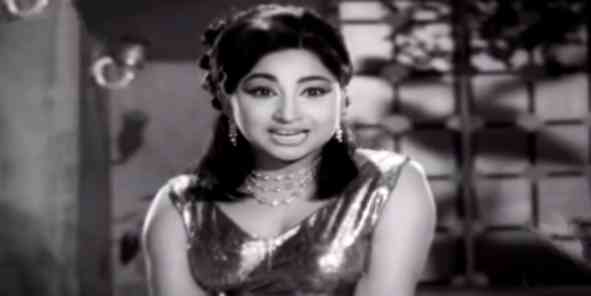 In 1952, Jaya Kumari was born. She is a film actress from India. She is from Chennai, which is in Tamil Nadu. She was very famous for her glamorous roles in the films. In 1960 and 1970 she was a very famous lead actress in Malayalam and Tamil language films. In the Malayalam language she acted in nearly 50 films. She worked in  supporting roles in many films. In 1967, Collector Malathi was the first debut film in Malayalam language as a lead role. She was married to Nagapattinam Abdullah. They were blessed with two daughters and one son. Saajitha is her first daughter, Banu is her second daughter and Roshan is her son.

In 1973, she worked in the Football Champion film. A.B. Raj is the director of this film. T. E. Vasudevan is a producer of this Kalam. V. Devan has written the story of this film and S.L. Puram Sudanandan wrote the dialogues of this film. Delete stars in this film are Sujatha, Prem Nazir, Adoor Bhasi and Innocent. For this film music was given by V. Dakshinamoorthy. In this movie she worked in a supporting role.

In 1971, she worked in Nootrukku Nooru film. This was a Tamil language film and thriller movie. K. Balachander is a director and the story of this film was written by him. The lead stars in this film are Lakshmi and Jaishankar. She performed in a supporting role in this film. V. Govindarajan, B. Duraisamy, N. Selvaraj and N. Krishnan is the producer of this film. For this film music was given by V. Kumar. In 1966, she worked in her debut film in Tamil language is Nadodi. She worked with almost all the famous actors in her time. She also worked in Hindi language films.

She also worked in some Telugu movies. Bala Mitrula Katha in 1972, Sampoorna Ramayanam in 1971, Manavudu Danavudu in 1972, Kalyana Mandapam in 1971, Relangi Raja in 1971 as Gowri in the film, Inti Gowravam in 1970 these are some films in which she worked. She worked in about 200 films including all languages.